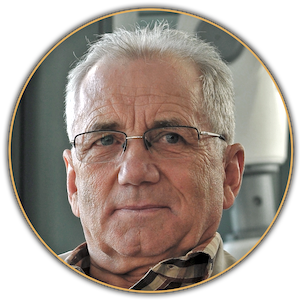 Brightest sunshine – summit height of 2504m ASL – 10 Sota activator points to collect – these are the positive sides of this trip – the other side is a walking time of 7 hours but this could’t stop us …So my YL and I started our tour at (local time) 8:10 – The way up to Riemannhaus at 2.177m ASL is partly guarded by cables where you can put your hand on – this is a good thing as sometimes the path is very narrow with the rocks on the one side and >50m going down on the other side. But we managed this part and at 10:40 we reached the Riemannhaus. There we made a 30min break for a snack (I have to eat here because I don’t have time on the summit 🙂 ) and changed our T-Shirt for a fresh one. At 11:10 we continued the tour and headed for the summit. The summit looks not that far away but we heard from OE2SNL that we would need 1,5h. The way was not easy as there was already fresh snow and ice on the rocks and so every step has to be thought twice. Sometimes you switch to 4WD and crawl up somehow. As further we got the more we asked us how we should climb down this path after the summit. Like a cat which climbs up the trees and then got stuck – but we didn’t think to much about it – as we will be confronted with it early enough 😉

We reached the Summit at 12:30 so 1h 20min of walk/climb/crawl through rocks, snow and ice – we were really happy to managed it.  You even see the Gaisberg of Salzburg in this height. As there is always wind in this heights we had to change T-Shirt’s again 😉 I couldn’t await being QRV soon – so we set up the 10m Mast and the W3DZZ. As the summit is not really large it is not really easy to find a place where you can put the ends of the antenna. Fortunately the Summit-Cross was my mast supporter this time – so I extended the mast to it’s 10m height and the fixed it at the cross. Due to the wind it was bending really far – but nothing happend 🙂

So after setup was done switching on my FT-857 using the 15 Watt settings from yesterday 😉 and calling CQ on 7,120MHz. My display showed bad SWR – mmhhh the antenna normally works on 40m without any problem – so I tried to strech the antenna  a little bit more as it was sagging due to missing anchor point and a lack of flat surface on the summit 😉 . After this little fix and a second check on the bending mast I saw that SWR was better now – so I started calling CQ. At the beginning (1 o’clock p.m. local time) it took some time until some stations dropped in (the fact it was monday and I was QRV earlier than spotted)

After this short waiting time it started to run pretty nice – so I came to my 1-3 QSO’s per minute which lasted for ~30min. Called CQ for the last time at 2 o’clock. -38 QSO’s were in the log – it was really nice. I was very happy about rare Z35F from Macedonia and all other log entries to all directions. Probably I shouldn’t extend the mast to the fully 10m the next time and try to straighten it more. Because height of the mast isn’t important in this area I think 😉

So to continueed with my time schedule – we left summit at 14:20 – found somehow a way down again climbing/crawling – needed 1h to reach Riemannhaus again at 15:20 and continued walking down steep way – found our car at 17:30 again.

So after being out in the mountains for more than 9h we where glad to be safe at home.

Hear you from next summit! 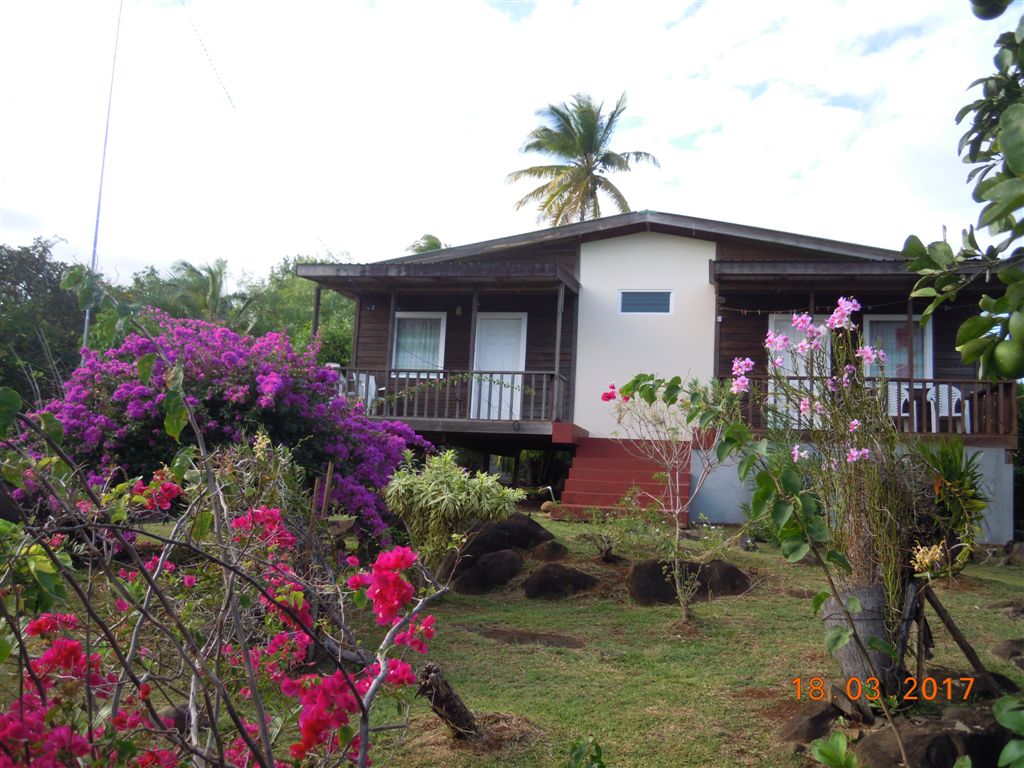 Franz as J3/OE2SNL on Grenada 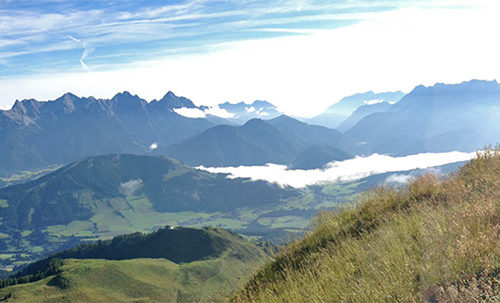 Double SOTA by SNL and ATN